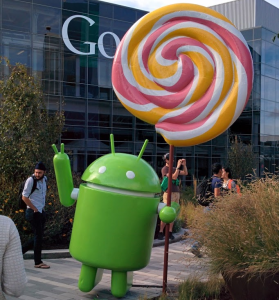 It’s been a while, since the great version of the Android 5.0 lollipop released. I just recently got it in my LG G3, it’s going pretty good. Lollipop version offers a lot of things and it is much faster now. It has new features, thousands of APIs for the users. It brings material design to Android and gives you an expanded UI tool kit for integrating the new design patterns easily in your apps. New 3D views let you set a z-level to raise elements off. Built-in activity transitions take the user from one state to another with beautiful animated motion. Ripple animations are available for buttons, check boxes and another touch controls in your app.

RenderThread keeps animations smooth even when there are delays in the main UI thread. It provides a faster, smoother and more powerful computing experience. It now runs exclusively on the new ART runtime built from the group up to support a mix ahead -of-time, just-in-time and interpreted code. ART improves apps performance and responsiveness. It introduces platform support for 64-bit architectures. Optimization provides larger address space and improved performance compute workloads. It also offers improved  A/V sync. Notifications are more visible,accessible and configurable. Varying notifications may appear on the lockscreen if desired by the user. Key notifications such as incoming calls appear in head-up-notification.

Android 5.0 introduces  a redesigned overview space that is more versatile and useful for multitasking. New APIs allow to separate activities in your apps.Android 5.0 adds new APIs that allow apps to perform concurrent operations with Bluetooth Low Energy (BLE), allowing both scanning (central mode) and advertising (peripheral mode). New multi-networking features allow apps to query available networks for available features such as whether they are Wi-Fi, cellular, metered, or provide certain network features. NFC APIs now allow apps to register an NFC application ID (AID) dynamically. A new audio-capture design offers low-latency audio input. The new design includes: a fast capture thread that never blocks except during a read; fast track capture clients at native sample rate, channel count, and bit depth; and normal capture clients offer resampling, up/down channel mix, and up/down bit depth.  It creates a secure work profile on the device. In the launcher, apps are shown with a Work badge to indicate that the app and its data are administered inside of the work profile by an IT administrator. It allows you to add screen capturing and screen sharing capabilities to your app. In Android 5.0, a new tilt detector sensor helps improve activity recognition on supported devices, and a heart rate sensor reports the heart rate of the person touching the device. That’s all about it.

I'm just a little girl who loves technology. Anime and disney for life. I am an otaku too. Read my blog everyday and enjoy ^_^ peace love and unity for all

View all posts by Maniha →